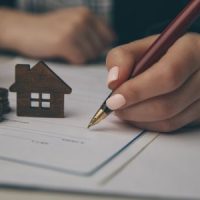 In early November, the Supreme Court of Ohio issued a ruling on a lawsuit brought by a local park district to acquire an individual’s property through eminent domain in order to allow for the construction of a recreational trail. The concept of eminent domain can be a frightening one: In a nutshell, the Constitution provides the federal government with the authority, in some cases, to take private property for the sake of public use as long as that property owner is provided with just compensation – also known as a “taking.” However, a new state law preventing certain park districts from using eminent domain to acquire land was recently passed and is creating confusion as to its application, as we discuss below.

Ohio’s New Law & How It Applies

Ater the park district filed this particular appropriation action, the Ohio state legislature enacted a law barring all park districts located on counties with 220,000 – 240,000 residents from appropriating property for the purpose of providing recreational trails. Still, when the property owner in this case sought to dismiss the case based on this new law, he lost within the court of common pleas because the court decided the statute was not intended to be retroactive (and therefore apply to his particular property).

As a result, the property owner requested a writ of prohibition from the Ohio Supreme Court, which is a judicial order preventing a lower court from interfering in a particular case and decision. A writ requires that a lower court exceeded its authority and the plaintiff has been denied an adequate remedy for their injury in the ‘ordinary course of law.’ The Supreme Court agreed with the lower court of common pleas in finding that the plaintiff property owner does have an adequate remedy by way of an appeal following a final judgment rendered in the lower court and that the property owner could not demonstrate a “patent and unambiguous lack of jurisdiction” in that court.

What Does This Mean For Property Owners in Ohio?

If a plaintiff is found to have an adequate remedy by way of appeal, the plaintiff can still obtain a writ of prohibition if s/he can show that the trial court “patently and unambiguously lacks subject matter jurisdiction.” In Ohio, common pleas courts have original jurisdiction over all justiciable matters, including over Eminent Domain Act issues (in the county in which the property sought to be appropriated is located). The Ohio Supreme Court found that the new law passed did not divest the court of common pleas of jurisdiction when it took effect as, in order to do so, the new law would have to essentially (and explicitly) remove that authority from the court, which it did not.

Reach Out to Us Today for Help

If you are concerned about property issues, contact our Columbus real estate attorneys at the Kohl & Cook Law Firm LLC today to help answer any questions you might have.

By Kohl & Cook Law Firm LLC | Posted on November 29, 2022
« What Is A “Bait and Switch” Contract?
Motions For Summary Judgment In Contract Cases »